“The ceremony is a way for friends, family and the community to honour the lives of those who have died experiencing homelessness during the past year,” says Nigel Kirk, who has experienced homelessness and is a member of CHF’s Client Action Committee. “For most individuals who have passed away while homeless, this candlelight memorial will be the only commemoration of their lives.”

This year the commemoration also featured an important announcement that the site for a permanent memorial for those who have passed away has been chosen, and funds have been found to create the monument.

Relationships on the streets become as important as biological families

To this point, there has been no marker for those who have died on the streets. Historically, individuals were buried in a large, unmarked grave in Union Ceremony — a large grassy patch with no indication of who is buried there, and why. Today, the city arranges for the next available grave available at Queen’s Park Cemetery to be used by people whose bodies are unclaimed, but the individual graves are still unmarked.

“I’ve led research over the past two years that really identified the importance of having a public, permanent memorial site for people who die while experiencing homelessness in Calgary,” explains Faculty of Social Work researcher Dr. Jessica Shaw, PhD, who also spoke during Saturday’s commemoration service.

“I am so pleased that we were able to leverage University of Calgary resources to ensure that what started as a dream, could be made into a reality.” Shaw says the monument will align Calgary with other major cities where permanent memorials have been established for years, including Edmonton, Toronto, and Vancouver.

“Relationships formed and sustained on the street can become as important, or more important, as biological families,” says Shaw. “When someone loses a member of their street family, the personal and community loss can be devastating.

“Furthermore, when a person is dying from a terminal illness, it is not always possible for street family to visit them in hospital or hospice, and sometimes friends are not aware of the death for days or even weeks. This leads to missed opportunities to connect, say goodbye, and to mourn.”

Idea for memorial came from community

Shaw says the need for a memorial was identified to her by those experiencing homelessness. As she points out, social work research is often singularly focused on the needs that people identify for themselves. This research led Shaw to pitch the idea at a town hall of over 65 social service providers who support end-of-life care for people who experience homelessness. She began working with CHF’s Client Action Committee in early 2018.

“Through these important community partnerships and with the support of the City of Calgary, we have been able to raise funds and social support to develop a permanent memorial on public property,” says Shaw.

The memorial becomes a reality

Shaw also led multiple consultations in the community about what the memorial would look like and met with representatives from the Parks Foundation, Calgary Parks, the City of Calgary, the Rotary Club, and community associations in the downtown core to discuss potential permanent spaces for the memorial.

This was followed by a call for memorial designs from individuals experiencing homelessness and the chosen artist received a prize of $1,000 and had elements of their design incorporated into the final product.

In 2019, Diana Krecsy, CEO of the Calgary Homeless Foundation, approached Ward 8 Councillor Evan Woolley (a current member of the CHF Board of Directors) with the idea of a homeless memorial in Calgary. Woolley agreed to champion this project in City Hall and has been able to secure a location and funding to make it happen in 2020.

Names of the dead are read at The Longest Night of the Year ceremony. 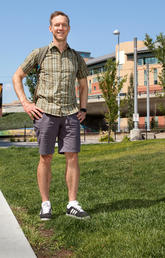 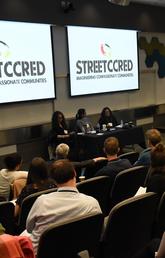 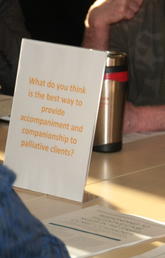 They're homeless, they're dying, and they deserve dignity 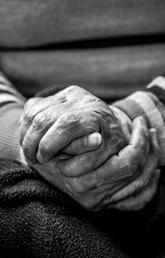