Classical Rhetoric in English, 1650-1800: A Critical Anthology, by Dr. Smith was published in November 2020

Congratulations to Dr. Tania Smith on the publication of Classical Rhetoric in English, 1650-1800: A Critical Anthology. In this book, Dr. Smith analyzes the ideas and language of late 17th and 18th century English translations of rhetorical texts. These translations feature the ideas of ten classical authors — five who wrote in Greek, and five who wrote in Latin. The book is a foundational overview of the language, values and concepts of rhetorical culture from 1650-1800. Ultimately, it aims to inform the modern British public about rhetoric, how to practice rhetoric ethnically and powerfully, and how to critique rhetoric.

Classical Rhetoric in English, 1650-1800, is organized into three parts. The first part is a series of critical introductions to the translated works of each classical author. This part analyzes the publication history of the translated texts, and the rhetorical contributions made by each featured translation. Part two contains annotated selections from the English translations, providing samples of works by each of the classical authors. This section provides readers with the experience of reading the translated works in the English of that era. Finally, part three is a glossary of words highlighted in the selections from part two. It is far more in-depth than a typical glossary, and functions as a dictionary for the featured vocabulary. Etymologies, excerpts from the era’s dictionaries, and sample passages illustrating usage are all provided in this section.

Classical Rhetoric in English, 1650-1800, is the 14th volume of the International Studies in the History of Rhetoric series.

Dr. Smith is an associate professor in CMF. She teaches courses on rhetoric, research methods in communications, and professional and technical communication.

We caught up with Dr. Smith earlier in February and asked for some more information about this book:

How does this book’s content relate to your overall scholarly activity and research interests?

I have been interested in 18th century culture and literature since my undergraduate degree in English. This particular culture, era, and its literature intrigues me because many new persuasive genres emerged to guide the formation of a better society consisting of more ethical and educated citizens. The emergence of new genres coincided with the emergence of rising middle-class authors. Women and non-elite men became self-educated through literary communities that practiced critical reading, letter-writing, and conversation. Essentially, they were informal colleges. These men and women wrote works that were meant to be ‘edifying’ to others – useful to build one’s character, liberal knowledge, and communication skills.

My master’s thesis was about the writings of several female moralists of the era, and my doctoral dissertation was about the rhetorical formation of 10 female prose writers of the era. I’ve since written about the mentorship networks that fostered the literary women of the era. Of particular inspiration was the mentorship community led by Elizabeth Montagu, a famous literary patron, published Shakespeare critic, conversationalist, and letter writer of the era. Her early correspondence revealed that she carefully read ‘The Life of Cicero’, a work that featured selections of translated letters, orations, and works of Cicero, and wove them into a biographical narrative. She was inspired by this work to become a female Atticus (Cicero’s main correspondent) supporting the development of male and female Ciceros in her own culture.

Where did these women and men get their models and inspiration to educate themselves and each other to write and publish ‘edifying’ works? I believe they partly inherited them from an earlier culture by reading and imitating the writings of Cicero, Isocrates, Plato, and Theophrastus that were being translated into English. If this method of self and peer education was so important to building their society, it could be a method useful [for] educating ethical rhetors (writers, speakers) in our society as well.

One of my scholarly and pedagogical projects [between 2005 and 2011] was the development of ‘undergraduate curricular peer mentoring programs’ that enhanced ‘student engagement’ through informal conversational study groups offering both social and educational benefits to participants. It was essentially a way of injecting some vibrant eighteenth-century cultural methods of informal education into our current formal education system. Those years of program-building led to the publication of an article, edited book, and handbook on the subject.

In 2012 I put the mentoring program into others’ capable hands and I once again turned my attention to the historical research that led to this book on Classical Rhetoric in English. I sought to understand how this body of literature in English translation had infused British culture with ideas and models for rhetorical education, criticism, and practice.

What is something unique that this book offers in comparison to other publications about the same topic?

Rhetorical scholars in the 20th and 21st centuries have overlooked the era's intense engagement in making and consuming English translations of classical literature in the domain of rhetoric.

Most of the prior work in the era by rhetorical historians has focused on examining the works of native-born rhetorical theorists of the era, such as Hugh Blair, or the works of people whose writing bordered on rhetoric, like John Locke, or people who practiced rhetoric, such as political orators, preachers, and authors in a wide variety of genres. It appears that earlier scholars of rhetoric such as Howell and Ehninger classified this [book’s] canon of writings within the scope of 'neoclassicism', but considered the mere translations as beneath their notice as rhetorical historians. Translations were considered derivative of others’ ideas, and therefore of less scholarly interest and value than the original writer's work in Greek or Latin.

However, it is likely that literate British-born rhetoricians and rhetors were influenced by classical rhetorical works that they read in Greek, Latin, French, and/or English. Since many of these English translations were well disseminated and some works were translated anew many times, they could have purchased or read some of them. These works had a potentially wide reach. The general public, including women, whose level of literacy was increasing, would have been included in the readership of classical works [translated into English]. By means of the translators' English language choices, selection and rearrangement of texts, their introductory material and even their marginal annotations, these volumes could have shaped the culture's understanding of what rhetoric was and how it ought to be taught and practiced in British culture. This body of literature in translation, therefore, had a far wider influence on British rhetorical culture than a college textbook on rhetorical theory like John Ward's ‘A System of Oratory’ or a popular handbook like John Holmes' ‘The Art of Rhetoric Made Easy’.

What was the intended audience of this publication, and what purpose will it serve for them?

This book contributes to the fields of rhetorical history, literary history, and classical reception studies, among others. Anyone who is interested in studying British prose literature or oratory between 1650 and 1800 would benefit from learning how the works of classical literature in English translation influenced what British people wrote and spoke.

[The book serves] us today by showing us that our rhetorical culture and our critical vocabularies are shaped by and reflected in our rhetorical canons and our educational publications. By translating, introducing, and annotating a rhetorical canon, we refine vocabulary and [the] set of concepts that we use to persuade each other about what good rhetoric (or eloquence) is, and what makes a good orator, writer, or conversationalist. 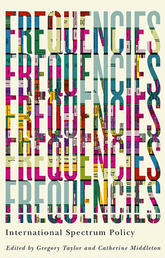 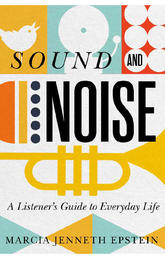