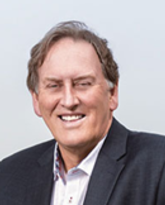 Dr. Morris began in 1997 as a Medical Oncologist at the Tom Baker Cancer Centre after completing his residency in Calgary. He obtained his MD from the University of Calgary in 1992 after completing a PhD in Immunology at Queen’s University in 1989. He was a founding member and senior staff scientist in the TBCC Translational Laboratories since 2001 and in 2011 took on the role of Director of the TBCC Translational Laboratories, which he held until 2019.

Dr. Morris has authored over 100 peer reviewed manuscripts and has been PI on multiple research grants over the years and is currently CIHR funded. He is active in the Lung Tumour Site and let the Lung Tumour Group from 2007-2013. He has been a leader in the realm of Education as well, being Program Director of the Medical Oncology Training Program and Director of Oncology Education Programs from 2000-2005.