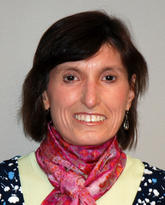 Transforming growth factor beta (TGFß) regulates a diverse set of fundamental biological processes, and dysregulation of TGFß signaling contributes to cancer pathogenesis. We are interested in uncovering the molecular underpinnings and regulatory mechanisms of TGFß signaling and responses in homeostasis and cancer. A main focus of my group is on the biological roles and underlying mechanisms of the key TGFß-regulated transcriptional modulator SnoN in cancer biology.  My laboratory has emerged as a leading group in the study of SnoN biology and signaling.  In early studies, we discovered that SnoN activates transcription in cells in response to TGFß, leading to cell cycle arrest.  These findings were paradigm shifting in the field and suggested that SnoN is versatile and activates or represses transcription. In later studies, we identified the chromatin remodeling protein ING2 as a novel SnoN-interacting protein that activates transcription and thereby mediates TGFß-induced cell cycle arrest. My group has also uncovered how SnoN function is regulated in epithelial cells. We found that SnoN is sumoylated, which is critical for SnoN to repress TGFß-induced transcription. We identified PIAS1 as a SUMO E3 ligase for SnoN, and that the PIAS1-SnoN sumoylation pathway suppresses TGFß-induced epithelial-mesenchymal transition (EMT) in mammary epithelial cells. Remarkably, the PIAS1-SnoN sumoylation pathway also suppresses TGFß-induced breast cancer invasion and metastasis. In addition, we found that the abundance and nuclear localization of PIAS1 predicts survival in breast cancer patients. Employing interaction proteomics, we identified the ubiquitin E3 ligase TIF1γ as a specific interactor of SnoN1 but not the closely related isoform SnoN2. Strikingly, TIF1γ operates as a SUMO E3 ligase, rather than an E3 ubiquitin ligase, for SnoN1. Importantly, the TIF1γ-SnoN1 sumoylation pathway opposes the ability of TGFß to induce EMT and disrupt the morphogenesis of breast acini in three-dimensional cultures of mammary epithelial cells. Currently, we are investigating the interplay between PIAS1 and TIF1γ in regulating SnoN sumoylation, EMT induction, and cancer invasiveness and metastasis.