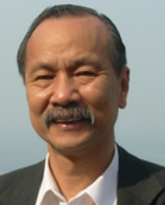 Current research focuses on the pathogenesis, and novel management of acquired and congenital hemostatic and thrombotic disorders

Currently clinical and emeritus professor of Medicine, Oncology and Pediatrics and Director, Southern Alberta Rare Blood and Bleeding Disorders Comprehensive Care Program. Was head of the Division of Hematology and Hematologic Malignancies in the Department of Medicine (1993-2001) and director of Hematology in the Department of Laboratory Medicine and Pathology, Foothills Hospital (1988-1997). Active in the hematology/hemostasis/ thrombosis research, care and education community nationally and internationally with more than 240 peer-reviewed publications in addition to book chapters and invited articles.  Past president of the Canadian Hematology Society (1998-2000) and past president of the Association of Hemophilia Clinic Directors of Canada (1997-1999). Have since 1993 been volunteer for the World Federation of Hemophilia promoting hemophilia care, research and eduction in China.