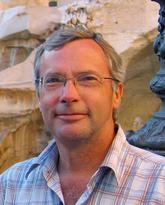 We have found that treatment of many types of cancer cell with oncolytic virus causes apoptosis, but some cancers can acquire resistance. We are seeking to understand this resistance vs. susceptibility so that strategies to avoid or reverse it may be developed. We are also investigating genomic evolution in cancer and in model bacteria as an indicator of disrupted regulatory pathways.

Dr. Randal Johnston received a BSc degree in Biological Sciences from the University of Victoria in 1975 and his PhD (1980) and postdoctoral training from Stanford University in California. He has been a faculty member of the University of Calgary since 1984, where he was recruited with funding from the Alberta Heritage Foundation for Medical Research. Among various awards and honors he has received are an appointment for 10 years as the Terry Fox Professor for Cancer Research at the University of Calgary, together with the positions of Director, Southern Alberta Cancer Research Centre and Associate Director (Research), Tom Baker Cancer Centre. In 2000 he accepted an appointment as the Associate Vice-President (Research) for the University of Calgary and in 2001 became President of Genome Prairie and later Genome Alberta, not-for-profit corporations dedicated to genomics research as part of the Genome Canada program and which grew to a total project value of over $165M. These corporate activities concluded successfully in early 2006, and Dr. Johnston continues to be active in the cancer research and education area. His laboratory is currently focused on the use of reovirus and other viruses as a novel strategy for oncolysis and cancer therapy, plus the use of bacteria and cancer cells as models for rapid genomic evolution. He has published over 100 peer-reviewed papers (with an H-index of 36 and over 4000 citations), has trained 17 postdoctoral fellows, 14 graduate students and 20 undergraduates, has received over $9M in operating grant funds (and over $16M in infrastructure and other related awards), and has served on more than 50 occasions as a Member or Chair of grant review panels or on Science Advisory Boards. He is currently the Director of the Master in Biomedical Technology graduate program at the University of Calgary, the General Secretary of the Canadian Society for Molecular Biosciences, and has numerous other committee and leadership responsibilities.