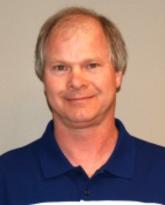 1. The identification and characterization of molecular biomarkers of cancer progression or response to treatment.

Dr. Douglas J. Demetrick serves as a Professor at the University of Calgary where he was recruited in 1995.  He is a member of four University departments, including Pathology and Laboratory Medicine; Oncology; Biochemistry and Molecular Biology; and Medical Genetics.  He is the Director of the Molecular Pathology Laboratory for Calgary Laboratory Services (CLS), the Program Leader for Research and Development at CLS, and a consultant pathologist with the Tom Baker Cancer Center.  He was one of the original founders of the Alberta CBCF Research Tumor Tissue Repository, and has chaired or served on numerous grant panels and committees at the national, provincial, university and local medical levels.

Dr. Demetrick received Double Honours undergraduate degrees (Biochemistry and Microbiology) from the University of British Columbia and completed his PhD in Immunochemistry at UBC in the laboratory of Dr. Julia Levy, founder of the Canadian biotech company QLT.  He completed his medical education, internship and Anatomic Pathology residency at the University of Calgary, during which time he was also an AHFMR-funded postdoctoral fellow with Dr. Martin Jerry.  Dr. Demetrick was a visiting scientist at the Cold Spring Harbor Laboratory from 1991-1995, where he was a member of the team that discovered the p16 cancer suppressor gene and numerous other cell cycle regulatory genes, and established the CSHL gene mapping facility.   He received a Medical Research Council of Canada/CIHR Clinician-Scientist Award in 1995 and was awarded the Alberta Cancer Board New Investigator Award in 1996, the Faculty of Medicine Distinguished Achievement Award for Research and Education in 1997, and a Canadian Foundation for Innovation New Opportunities Award in 1999.  Since the establishment of his laboratory in 1996, Dr. Demetrick has been granted competitive funding from the Canadian Institutes of Health Research, NCIC/CCS, Canadian Breast Cancer Research Initiative, the Canadian Breast Cancer Foundation, The Cancer Research Society ,the Alberta Cancer Board, the Alberta Research Excellence Envelope, the Canadian Foundation for Innovation, the Alberta Science and Research Authority and several other agencies.  He is also a co-holder of molecular genetics patents, reviewer for numerous academic journals and funding agencies, has authored numerous scientific articles, abstracts and book chapters and has directed the development of numerous novel molecular diagnostic tests.