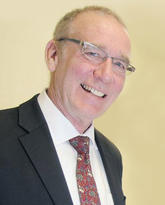 Dr. Temple is Professor with the Departments of Oncology and Surgery with the Faculty of Medicine at the University of Calgary and the Tom Baker Cancer Centre. He was the Clinical Director of Cancer Surgery Alberta, Alberta Health Services 2003-2016. He received his MD degree from Queen’s University, Kingston, Ontario, Canada, did a General Surgery Residency in Winnipeg at the University of Manitoba, Canada and completed his surgical oncology training at the Department of Surgery, School of Medicine at the University of Miami in Florida, USA. He was an American Cancer Society Surgical Oncology Fellow and American Cancer Society Junior Faculty FellowDr. Temple moved to Calgary in 1983 to initiate surgical oncology development at the University of Calgary and the Tom Baker Cancer Centre and served as Chief of Surgical Oncology from 1983-2012. From 1986 to 1992 he was Chief of the Division of General Surgery and Director of the General Surgery Residency Training Program for the Department of Surgery. Dr. Temple was the Director of the Surgical Oncology Residency Training Program until 2006 resuming in 2013-2016. Dr. Temple was the James IV Association of Surgeons’ James IV Surgical Traveler in 1987, and past Presidents of the Calgary Society of Surgeons, the Canadian Society of Surgical Oncology, the World Federation of Surgical Oncology Society and the Society of Pelvic Surgeons. He was the Principal Investigator for the CPAC Surgical Synoptic Reporting Trials Project 2007– 2012 and the PI for the Canada Health Infoway Innovation project in Alberta 2012-2015 for integrating the patient experience in the clinical management of the cancer patient using Web based patient entry of quality of life measurements.His bibliography includes over 150 publications including journal articles and book chapters. He was Editor-in-Chief of the Journal of Surgical Oncology 1999-2013 and Seminars in Surgical Oncology. His research interests include sarcoma, breast cancer, multidisciplinary management of advanced GI malignancy exploring the value of HIPEC for peritoneal malignancies knowledge transfer using synoptic reporting technology and the integration of real time patient experience using validated disease specific PROS into clinical practice.