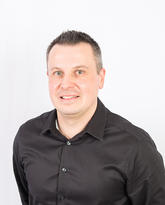 Following his PhD in Radiation Oncology Physics at the University of Calgary in 2007, Nicolas Ploquin began his professional career at The Ottawa Hospital Cancer Centre where he completed his Residency and then worked as a Medical Physicist. In 2012, he moved back to Calgary to work at the Tom Baker Cancer Centre. Among his clinical duties, Nicolas is the lead physicist of the Alberta Radiosurgery Centre. Some of Nicolas’ research interests include the application of Monte-Carlo method to stereotactic ablative radiotherapy techniques. Since starting working at the TBCC, he has been heavily involved in teaching and supervising in the Medical Physics Educational Program with the University of Calgary. Nicolas is currently the director of the Certificate Program and co-director of the Graduate Program in Radiation Oncology Physics at the University of Calgary.