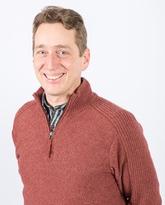 Department of Physics and Astronomy

The goal of our research is to establish a reliable quantitative biodosimeter to monitor the accumulation of radioactive decay products in humans that are from the exposure to 222Rn gas in the home and work environments.  An understanding of an individual’s radon exposure is critical in defining a personal cancer risk.  At present, the available methods can only quantify the current radon exposure levels and there are very limited methods to assess the radon levels for all homes, workplaces and schools that a person may have occupied through their lifetime.  Only estimates for regions or larger areas may be available and cancer risk estimates are restricted to population levels.  We are working towards a method to measure the amounts of the radioactive decay products from 222Rn that have accumulated in biological tissues in an effort to link individual cancers to radon, establish patterns of individual genetic susceptibility to radon-induced cancer risk and fully understand the scope of radon-induced disease without having to rely on extrapolation or modelling.  Radon nuclei emit alpha particles in the lungs of people exposed to the environment and the atoms decay eventually to 210Pb and 210Po, two daughter products that are absorbed in bone, soft tissues (including lungs) and keratinizing tissues (including hair and nails).  We are developing state-of-the-art analytical methods to quantify the amounts of these radioactive elements using isotope dilution mass spectrometry supported by a metal-free laboratory and isotope ratio mass spectrometry.  This approach would be a significant improvement in more conventional counting methods in terms of the sensitivity and turn-around times.  Further, the application of isotope ratio mass spectrometry to a range of biosamples would enable us to establish an individual’s historic radon exposure as the bioaccumulation of 210Pb, with its relatively long half-life, will be readily detectable for decades following exposure.

Dr. Wieser earned his PhD in Physics from the University of Calgary in 1998 under the supervision of H.Roy Krouse in the Isotope Laboratory. After graduating, he worked at ThermoElectron in Bremen, Germany on the development of a laser ablation system for the measurement of the isotopic composition of inorganic materials. From there, Dr. Wieser went to the Department of Physics and Astronomy at Curtin University in Western Australia to work with Prof. John de Laeter on the measurement of decay products related to neutrino Physics. He began his appointment at the University of Calgary in the Department of Physics and Astronomy in the Fall of 1999 and established a facility capable of analyzing molybdenum and lead isotopic composition at trace levels.  In 2009, the laboratory acquired two multiple collector mass spectrometers that enabled the laboratory to embark on critical work to investigate the isotopic composition of metals including Mo, Cu, Fe, Zn, Pb and U in geological and biological systems. Since 2002, Dr. Wieser has served as an Associate and Titular Member of the IUPAC Commission on Isotope Abundances and Atomic Weights, a group which is responsible for the evaluation and recommendation of atomic weight values of the elements used in science, industry, and education. Dr. Wieser is a member of the TITAN research group at the TRIUMF particle Physics laboratory in Vancouver, Canada where high accuracy and high sensitivity mass measurements are applied to studies in nuclear Physics.