When Catharine Bowman, BHSc’20, was eight years old, her mother was diagnosed with lymphedema, a chronic inflammatory condition that can develop after cancer treatment. As young Catharine watched her mother face the challenges and changes of life with lymphedema, she promised her mom that she would seek new treatments, and possibly find a cure one day. That promise has guided Bowman’s academic and research interests ever since.

Her journey is taking her to Stanford University in California, as one of 70 new learners worldwide accepted in the prestigious 2022 Knight-Hennessy scholars program.

“I am so incredibly grateful to be a part of the 2022 Knight-Hennessy Scholars cohort. This opportunity holds such deep meaning to me, both personally and professionally,” Bowman says. “It is an opportunity to continue pursuing a lifelong promise I made to my mother and study alongside extraordinarily passionate, bright and kind people of the Knight-Hennessy program. It will fulfill a professional goal I have had since my early teen years.”

Catharine Bowman with her mother, Debbie Ciotti-Bowman, in 2019.

In 2019, Catharine was named Top 40 Under 40 by Avenue Magazine in Calgary and a few weeks later Top 30 Under 30 in Healthcare in North America by Forbes Magazine.

A voice for those with lymphedema

Despite affecting up to 250 million people worldwide, lymphedema isn’t always well known. Bowman has been working to change that, leading research projects on the pharmacologic treatment, psychosocial aspects, and surgical management of the condition. As vice president of the Alberta Lymphedema Association, and through her speaking campaign, Let’s Talk Lymphedema, Bowman has presented to international audiences.

“When I first began studying lymphedema, I was a fourteen-year-old science fair competitor and actually shared my early research at local, national and international science fairs,” says Bowman.

Through her early research and advocacy work, Bowman came across the renowned lymphedema researcher, Dr. Stanley Rockson, MD, from Stanford University. He inspired her original research and remains a mentor and leader in the field.

“The opportunity to study at Stanford offers access to learning from world leaders in lymphatic and related systems research, like Dr. Rockson, and to then share this knowledge to create meaningful change. My goal remains the same as it was when I was fourteen-years-old — to change the world with love and with science,” she says.

At 15, Catharine established a national research effort to improve the diagnosis and treatment of lymphedema, becoming one of the youngest lymphatic researchers in the world. She began her research as a member of a Lymphedema Research and Education Program at the CSM, which is led by Dr. Pierre-Yves von der Weid, PhD. The program is supported by a generous donation from the Dianne and Irving Kipnes Foundation, the Natural Sciences and Engineering Research Council of Canada and the Alberta Lymphedema Network.

Bowman’s speaking campaigns have helped her to build a network of fellow advocates, care providers, researchers and patients across the world who are part of an awareness campaign, Making Noise for Lymphedema.

“Through these networks, I have been able to collaborate on advocacy projects and gain new insight into the challenges and barriers faced by lymphedema patients and practitioners. I firmly believe it is through my exposure to the human experience that I have found my greatest motivations and research inspiration,” Bowman says.

She is currently the vice president of the Alberta Lymphedema Association. In recent years, she studied at the CSM under Dr. Linda Carlson PhD, as a research fellow with the Training in Research And Clinical Trials in Integrative Oncology (TRACTION) program.

The scholars in the 2022 Knight Hennessy cohort come from 27 countries and have earned degrees from 42 institutions world-wide. Past Knight-Hennessey scholars from the University of Calgary include Amy Li, in the 2018 cohort, and Elliott Reichardt, BHSc’17, in the 2019 cohort. 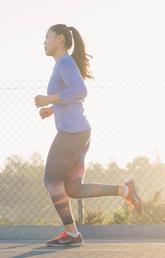 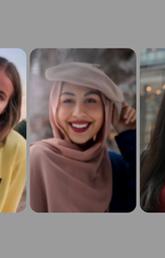 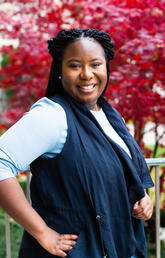